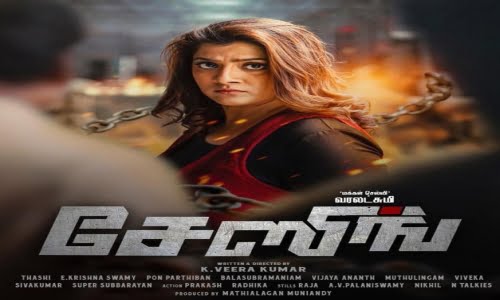 Chasing is a 2021 Indian Tamil language action crime film written and directed by Veerakumar on his directorial debut. The film features Varalaxmi Sarathkumar in the lead role. The film had a theatrical release on 16 April 2021.
Athira (Varalaxmi Sarathkumar) is seen chasing goons and drug peddlers in different locations. The film opens with the kidnapping of a girl who gets rescued by Athira in a few minutes, followed by an investigation.