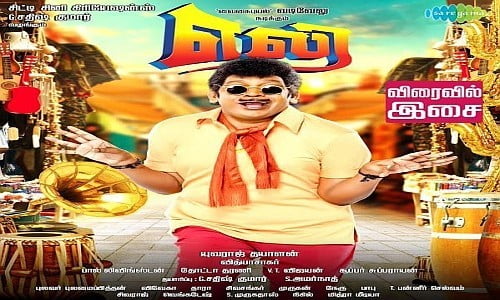 Eli (Eng: Rat) is a 2015 Indian Tamil spy comedy movie written and directed by Yuvaraj Dhayalan. The film features Vadivelu and Sadha in the lead roles. Vidyasagar composed the film’s music.The film released on 19 June 2015 to negative reviews.
The film is set in 1960s Chennai (Madras then). A police officer and a social worker give speech about ban of cigarettes in All INDIA RADIO. Then 3 men get out from a car . They were thieves and were headed by Eli (Vadivel) a petty thief (who once aspired to become a police officer), who pretends to be a thief who has sold all his robbery items to a jewellery shop owner. The jewellery shop owner had no contact with him and his henchmen dressed as police take all the items pointed out and pretend to arrest Eli and loot the shop. He uses his tricks and loots many other places . One day he enters the house of retired police officer Mr.Rangarajan who had rejected him at the police selection. He loots everything except his photograph. When the current police I.G came there to meet Rangarajan, Eli pretends as though Rangarajan had vacated his house and he is performing rituals and not to disturb him. When the police officer meets Rangarajan on the way he is shocked to find that he had been tricked and Eli had looted the house.
Later when the police officer tells Rangarajan to send a police spy to catch the illegal cigarette cartel leader Nagaraj, Rangarajan recommends Eli to capture him. Eli pretends to be one of Nagaraj’s henchmen and with the help of Julie captures Nagaraj red handed and hands him over to the police and also the policeman who had been helping Nagaraj.