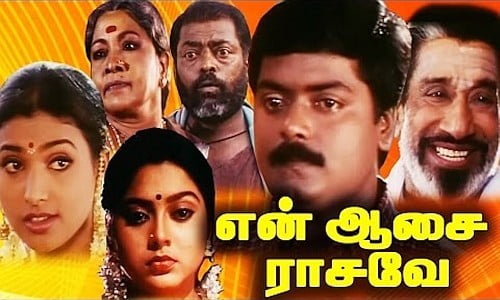 En Aasai Rasave is a 1998 Tamil language film directed by Kasthuri Raja. The film features Sivaji Ganesan and Murali in the lead roles while Raadhika, Roja and Suvalakshmi all play other supporting roles. The film, which focussed on the lives of street dancers, released in August 1998.