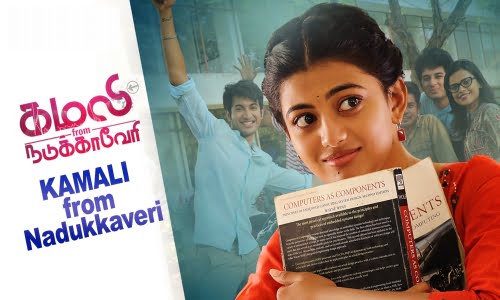 Kamali From Nadukkaveri is a 2021 Indian Tamil language drama film written and directed by Rajasekar Duraisamy on his directorial debut. The film stars Anandhi, Rohit Saraf and Prathap Pothen. The film had its theatrical release on 19 February 2021 and opened to positive reviews from critics.
Kamali is a happy-go-lucky girl in the small village Nadukkaveri. She studies in a Tamil medium state board school and doesn’t have a big dream until she sees the interview of a CBSE topper Ashwin who joins IIT Madras later. She is in love with Ashwin whom she has never seen before and wants to join IIT only for him. Though the journey of Kamali begins like a fantasy love story, slowly, she learns the importance of education and ends up as a big inspiration to the young students in her village.