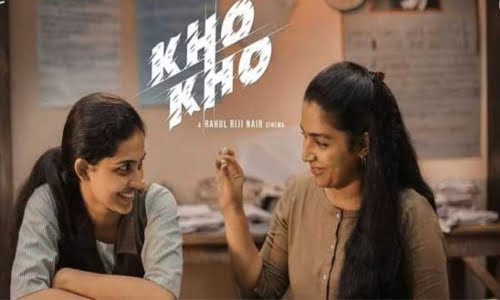 Kho-Kho is a 2021 Indian Malayalam-language sports drama film written and directed by Rahul Riji Nair starring Rajisha Vijayan, Mamitha Baiju and produced by First Print Studios. The film received a TRP (Television Rating Points) of 12.7 points (as per U+R BARC data) during its World Television Premiere, making it the highest ever for a female-centric Malayalam film. The film also entered the list of Top 15 Malayalam films with the highest TRPs at that time.
The film’s soundtrack album and score was composed by music director Sidhartha Pradeep. The Malayalam lyrics on the album were penned by writers Rahul Riji Nair, Arjun Ranjan and Vinayak Sasikumar, and the English rap lyrics by Aditi Nair R. The album was launched on 24 March 2021 by 123 Musix.
The story revolves around Maria Francis (Rajisha Vijayan). The film tells the story of the formation of a team of kho kho players in a school where only girls study and the events that follow. In the end she is very happy and proud to learn that the most promising player of her former school team has gotten into the national team.