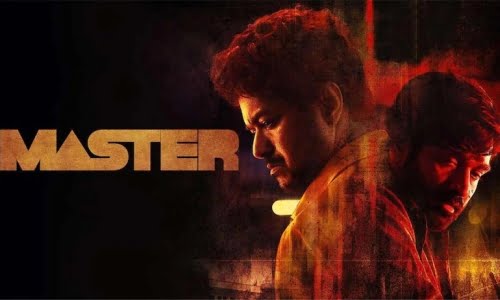 Master is a 2021 Indian Tamil-language action thriller film written and directed by Lokesh Kanagaraj. Master was produced by Xavier Britto, under his maiden production house XB Film Creators. Master stars Vijay and Vijay Sethupathi while Malavika Mohanan, Arjun Das, Andrea Jeremiah and Shanthanu Bhagyaraj play supporting roles. Master revolves around an alcoholic professor, J. D. (Vijay), who takes a three-month teaching job in a juvenile home, which is controlled by the nefarious Bhavani (Vijay Sethupathi).
In Nagercoil, 2002, a 17-year old Bhavani witnesses his family get murdered by his father’s rivals. He is forced to take the blame and is incarcerated in a juvenile detention facility, where he is tortured mercilessly. As a consequence, he develops a ruthless and brash persona. Years later, Bhavani escapes from the facility and becomes a criminal in the lorry and trade business. Gradually, he becomes a feared gangster, and remains immune from punishment by coercing the inmates of the detention facility to take the blame for his crimes. Creating an enormous empire for himself, he grows on par with his father’s former rivals and eventually kills them.
In Chennai, 2019, John Durairaj “J.D.” , a college lecturer beloved by his students for his student-friendly approach, is struggling with alcoholism and bitter dislike from fellow staff. Only Charu, a newly hired lecturer at his college, sympathizes with him. After he organizes a college election that goes awry, he is assigned to a juvenile detention facility for a three-month assignment he does not remember volunteering for. He reluctantly assumes his new position, and is warned by the prison authorities of the rampant drug abuse and violence there, but J.D. pays no heed.
Two brothers: Sabari and Manikandan, who are supposed to surrender for one of Bhavani’s murders, slip J.D. a note unknown to him, and later that night try to call him while he is drunk. When they are caught, Bhavani kills them and their bodies are discovered hanging from the ceiling of the detention centre classroom next day. J.D. is detained for the murders. A grief-stricken Charu admonishes J.D. for his negligent behaviour, revealing that she was the one who had signed him up for the job, believing him to be the only teacher capable of understanding the needs of the inmates. She reveals herself as an non-governmental organisation worker investigating the crimes occurring in the facility; the brothers had desperately contacted her for help. While in detention, J.D. discovers the brothers’ note to him, detailing the horrific activities taking place inside the centre. Heartbroken, he thrashes Bhavani’s goons who had been dispatched to kill him and calls him, promising to make him pay for the boys’ deaths.
Having quit drinking, J.D. slowly gains control over the institution and begins to reform the inmates. His actions are opposed by Das, an older inmate responsible for controlling the younger children. With the support of a young inmate, Undiyal, J.D. uncovers crimes in the facility and gets the inmates to record statements. J.D. discovers that Bhavani regularly makes the inmates take the blame for his crimes. J.D. then records a video of the younger inmates including Undiyal, speaking about Das’ crimes in the facility. Bhavani’s goons target Charu and retrieve the video from her, sparing her only because of Undiyal’s intervention.
Undiyal reveals that select inmates are tattooed with the Tamil letter ‘ப’ (“Pa”), which allows them unrestricted access to free food and drugs from Bhavani’s associates in exchange for surrendering for his crimes. J.D. raids the respective establishments and cuts off the drug supply to the detention facility, much to Bhavani’s frustration. He also sneaks into Bhavani’s place and threatens him and his men with dire consequences (while unknowingly holding Bhavani himself at ‘knifepoint’).
Bhavani retaliates by killing some of J.D.’s batchmates and ex-students. With J.D. incapacitated by grief, Das abducts most of the inmates, intending to take them out of Tamil Nadu along with some of Bhavani’s papers. J.D., with the help of his ex colleague and expert archer Vaanathi, manages to subdue Das’ men and rescues the children. J.D. confronts Das and makes him realize Bhavani will kill him because he is the link between Bhavani and the crimes in the detention facility. Das reforms and transports J.D. to Bhavani’s meatpacking plant. Das manages to overpower the men sent to kill him, and J.D. confronts Bhavani and defeats him. Bhavani urges J.D. to join him in politics, but J.D. kills him. With the children safe, J.D. and Das surrender to the police.
The detention facility is shut down by the government, with the inmates being sent to other detention facilities and state prisons, on the basis of their age. J.D., Das and the other adults from the facility are sent to prison, where they intend to reform the inmates there.