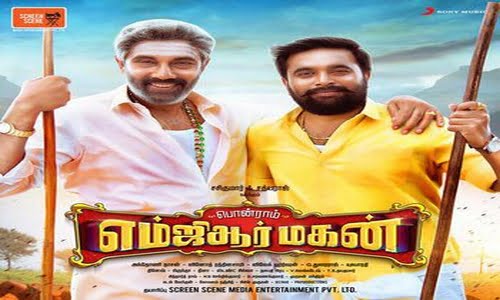 MGR Magan (Eng: MGR’s Son) is a 2021 Indian Tamil-language masala film directed by Ponram and produced by Screen Scene Media Entertainment Pvt Ltd. The film stars M. Sasikumar, Sathyaraj and Mirnalini Ravi in lead roles and the music is composed by Anthony Daasan. It was released on 4 November 2021 on Disney+ Hotstar.
Naturopathy practitioner, MG Ramasamy’s relationship with his son turns sour, but the duo must reunite in order to save a medicinal mountain from the claws of a cunning businessman.