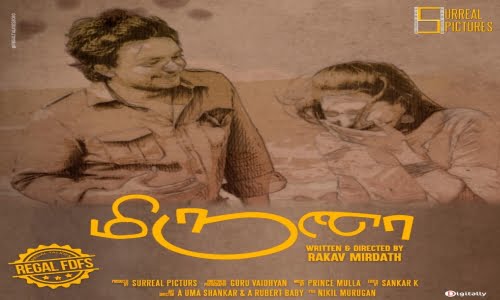 Miruna is a 2020 tamil film directed by Rakav Mirdath. The main cast features Arun Kumar, Sharanya Turadi Sundaraj and Anupama Kumar.
Jeeva,a regular office goer gathering up courage to propose his colleague,gets enamored by the mysterious girl and gets distracted. He ends up meeting his office crush in an elevator but ends up botching her proposal.Disheartened and confused jeeva decides to drink with this best friend karthik.He explains that he is enchanted by a mysterious girl.The mysterious girl appears to jeeva again and reveals her name as “Miruna”.Jeeva proposes to miruna and she disappears.Mean while Jeeva starts seeing prolific premonitions which deeply concerns his friend. Karthik decides to take jeeva to a Psychiatrist.The doctor concludes his abnormalities could be a Bipolar or Schizophrenia but leads them to another Psychic. Mean while the Psychic reader is approached by police for a missing child case. Jeeva and Karthik meets the psychic,who reveals that Jeeva is having early precognitive symptoms.The story reveals further on the connection between the missing child and jeeva’s precognition.