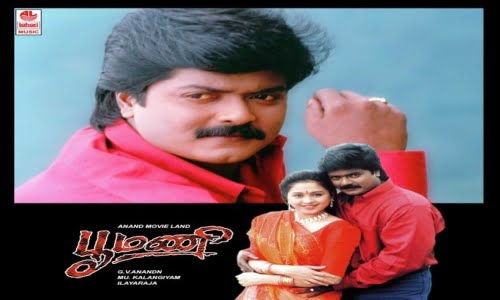 Poomani is a 1996 Indian Tamil film, directed by Kalanjiyam and produced by G. V. Anandan. The film stars Murali, Devayani, Prakash Raj and Reshma in lead roles.
The 1999 film Vaali had the similar storyline to this film. The film had musical score by Ilayaraja.
When Thangamani flees on his wedding day, his brother, Poomani, steps in and marries Vijaya the bride who detests him.
However, as time passes by, she changes her thinking towards him.