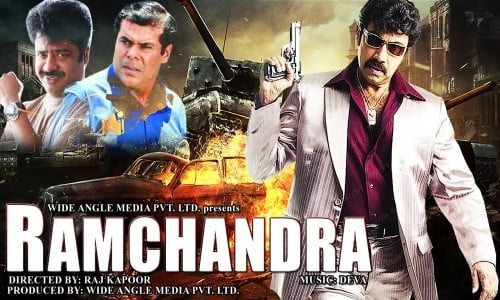 Ramachandra is a 2003 Indian Tamil film, directed by Raj Kapoor, starring Sathyaraj and Vijayalakshmi in lead roles. The film, produced by Singanamala Ramesh, had musical score by Deva and was released on 15 January 2003 to mixed reviews. It is a remake of 1995 Telugu film Khaidi Inspector starring Suman.
Ramachandran (Sathyaraj) is a police inspector who is sentenced to the death penalty. His teammates release him in secret and he begins by killing the criminals one by one.