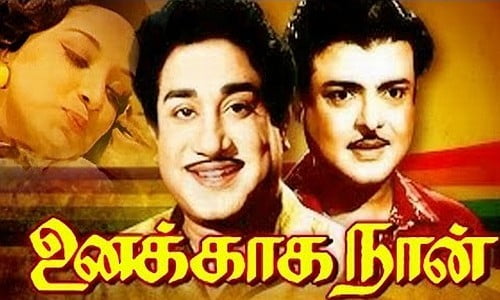 Unakkaga Naan (Eng: I’m there for you) is a 1976 Indian Tamil film produced by K Balaji and directed by C. V. Rajendran. Starring Sivaji Ganesan and Gemini Ganesan in the lead, it is a remake of the 1973 Bollywood film Namak Haraam, that starred Rajesh Khanna and Amitabh Bachchan.