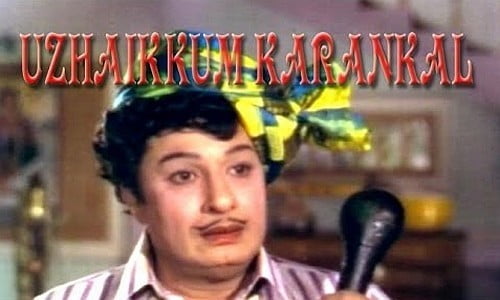 Uzhaikkum Karangal (Eng: Working Hands), is a 1976 Indian Tamil film directed by K. Shankar, starring M. G. Ramachandran in the lead role and Latha and Pandari Bai among others. Yesterday as gentle as a lamb, today, like a lion, the brave Rangan (MGR) provides with its ferula (stick), makes the justice reign in the parts of the country of its (countryside).