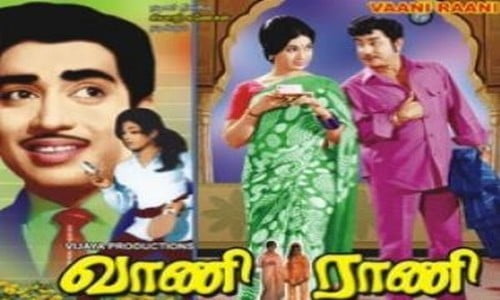 Vani Rani is a 1974 Indian Tamil-language film, initially directed by Tapi Chanakya and finished by C. V. Rajendran, and produced by B. Nagi Reddy and Chakrapani. The film stars Sivaji Ganesan, Vanisri, R. Muthuraman and K. A. Thangavelu in lead roles. The film had musical score by K. V. Mahadevan. It is a remake of the Hindi film Seeta Aur Geeta. The film was also made in Telugu as Ganga Manga with Vanisri reprising her roles. The film was initially directed by Tapi Chanakya; due to his death midway during the shoot, he was replaced by C. V. Rajendran. Both Chanakya and Rajendran received director’s credit.