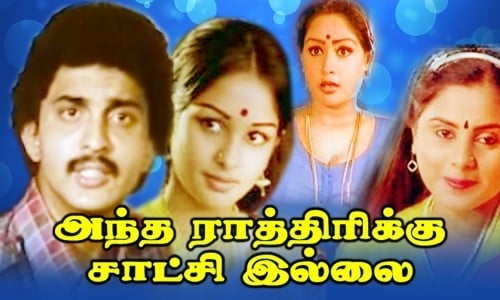 Antha Rathirikku Satchi Illai (Eng: There is no witness to that night) is a 1982 Tamil Indian feature film directed by R. Sundarrajan. The film introduced Kapil Dev. The film also had Sulakshana and Siva Chandran in the lead roles. Soundtrack was composed by K. V. Mahadevan.