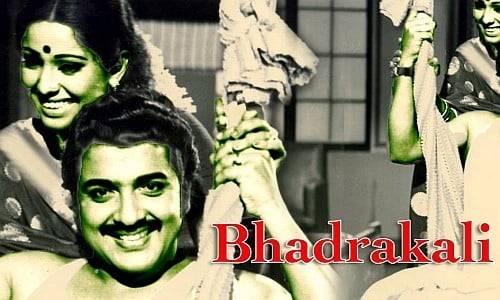 Bhadrakali (Eng: Kali in Fury) is a 1976 Tamil film starring Sivakumar, Rani Chandra and Bhavani in the lead roles. Produced and directed by A. C. Tirulokchandar, it is an adaptation of a Tamil novel written by Maharishi. The soundtrack and film score were composed by Ilaiyaraaja. The film was remade in Telugu with the same name, by the same director.