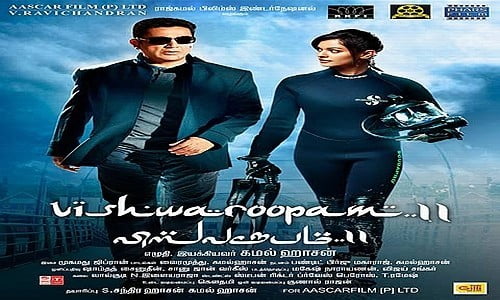 Vishwaroopam II is a 2018 Indian action film made in Tamil and Hindi languages. Written and directed by Kamal Haasan, it is the sequel to Vishwaroopam (2013) and features himself alongside Rahul Bose, Shekhar Kapur, Pooja Kumar and Andrea Jeremiah, reprising their roles. While the first film was set in the United States, this film takes place in India.
Produced by Venu Ravichandran in Tamil, the film was produced by Ekta Kapoor and Shobha Kapoor in Hindi as Vishwaroop II. Initially planned as a late 2013 release, the film was stuck in development hell and was revived only in April 2017 when Haasan took over as producer himself.
The official first look of the film was released on May 2, 2017, the official trailer was released on June 11, 2018. Vishwaroopam II was released on August 10, 2018.