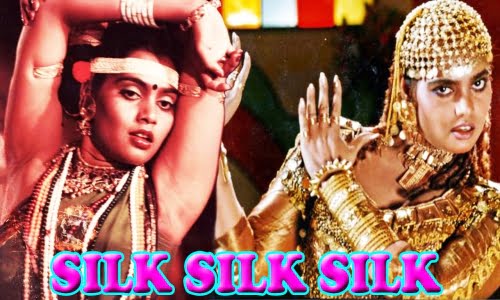 Silk Silk Silk is a 1983 Tamil-language Indian feature film directed by Y.V.Gopikrishnan, starring Bhanuchander, Smitha and Raghuvaran in lead roles. Smitha became famous as Silk Smitha with this film. The film provided break to both actors, Smitha as well as Raghuvaran.
Shah, a notorious robber and smuggler, passes away some time after stealing precious diamonds. When the police investigate, his girlfriend finds herself the prime suspect in the crime.